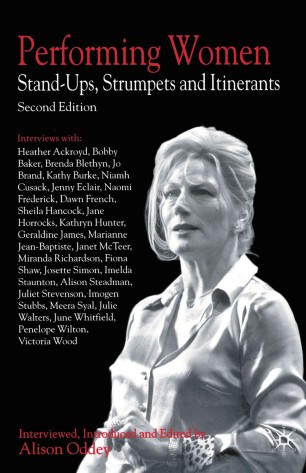 Alison Oddey's interviews with prominent performing women span generations, cultures, perspectives, practice and the best part of the twentieth-century, telling various stories collectively. Stand-ups, 'classic' actresses, film and television personalities, experimental and 'alternative' practitioners discuss why they want to perform, what motivates them, and how their personal history has contributed to their desire to perform. Oddey's critical introductory and concluding chapters analyze both historical and cultural contexts and explore themes arising from the interviews. These include sense of identity, acting as playing (recapturing and revisiting childhood), displacement of roots, performing, motherhood and 'being', performing comedy, differences between theatre, film and television performance, attitudes towards and relationships with audiences, and working with directors. The prominent subtext of motherhood reveals a consciousness of split subjectives with and beyond performance. This new edition of the book includes three new interviews with actresses, and is useful primary resource material for undergraduate students on performance studies courses.

ALISON ODDEY is Professor of Theatre and Contemporary Performance at Loughborough University, UK. As a broadcaster, she wrote and presented the BBC Radio 4 series 'Stand-ups and Strumpets'. Book publications include Shifting Directions, a new kind of theatre-making in the Twenty-first century, The Potentials of Spaces, Performing Women and Devising Theatre. She guest edited a special issue of 'Practice as Research' for Contemporary Theatre Review and is a member of the Arts and Humanities Research Council's Peer Review College for Performance and Live Art.