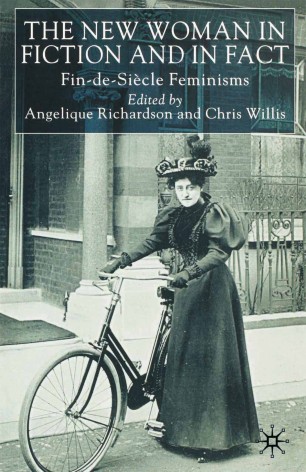 The New Woman in Fiction and in Fact

A cultural icon of the fin de siècle , the New Woman was not one figure, but several. In the guise of a bicycling, cigarette-smoking Amazon, the New Woman romped through the pages of Punch and popular fiction; as a neurasthenic victim of social oppression, she suffered in the pages of New Woman novels such as Sarah Grand's hugely successful The Heavenly Twins . The New Woman in Fiction and Fact marks a radically new departure in nineteenth-century scholarship to explore the polyvocal nature of the late Victorian debates around gender, motherhood, class, race and imperialism which converged in the name of the New Woman.

ANGELIQUE RICHARDSON is Lecturer in Victorian Literature and Culture at the University of Exeter. She has published widely on nineteenth-century literature and science, and is currently working on a study of Hardy and science. She is the author of Love, Eugenics and the New Woman: Science, Fiction, Feminism and editor of Women Who Did: Stories by Men and Women, 1890-1914.

CHRIS WILLIS teaches at Birkbeck College, University of London. She has published a number of articles on nineteenth- and twentieth-century popular fiction, and co-edited Twelve Women Detectives, a collection of early crime stories.