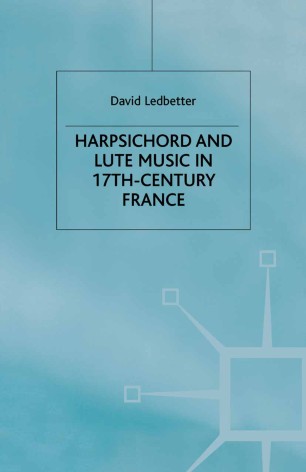 The works of the 17th-century French harpsichord composers, the clavecinistes, are among the principal treasures of the harpsichord repertoire. It is a commmonplace of music histories that their style was strongly influenced by contemporary lutenists, yet the assessment of this influence has until now been limited to pointing out a few superficial resemblances. This book is the first comprehensive account of the relationship between the two styles. The nature and extent of the influence can now be seen as much more far-reaching than has been supposed. The clavecinistes adopted many details of lute style, and an understanding of these is essential for the proper performance of their works. More importantly, the lute style opened up the possibility of an entirely new expressive dimension in the playing of the harpsichord; in exploring this the clavecinistes evolved a style which dominated European keyboard music in the 17th-century, and provided a basis for the subsequent development of idiomatic keyboard style.