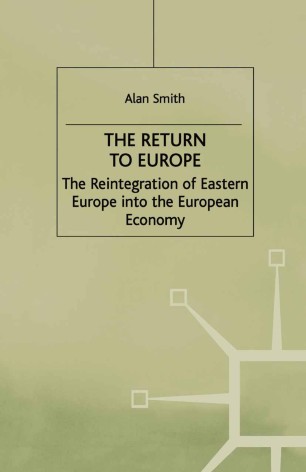 The Return to Europe

The Reintegration of Eastern Europe into the European Economy

The Return to Europe examines the ability of the Central and South-east European economies to withstand competitive pressures on entry to the EU. These economies are still experiencing major structural problems inherited from communism. A major gap still exists between the income levels and economic structures of the accession states and the existing members of the EU. Trade relations largely involve the exchange of labour-intensive goods produced in Eastern Europe for technology-intensive goods produced in the EU. The export structures of some Central European economies which have attracted foreign direct investment is improving. Romania and Bulgaria have become increasingly dependent on export of labour-intensive goods since the collapse of communism. Will this create a permanent division of labour in an enlarged EU in which some regions of Europe fail to attract investment and become dependent on the export of low-wage goods, with implications for European security?