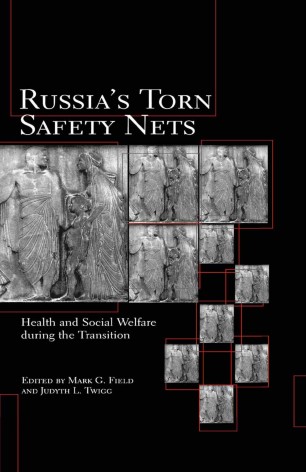 Health and Social Welfare during the Transition

Russia's attempt to replace the failed Soviet system and its command economy with a capitalist, democratic society has produced a health and social welfare crisis, at considerable human cost. Russia s Torn Safety Nets presents a series of essays by distinguished Russian and American scholars which describe and analyze the consequences of the collapsed socialist system, focusing on issues of health and demography, HIV/AIDS, drug addiction and abuse, the disabled, aging and pensions, education, women and sexism, and social issues in the military. The essays conclude with a section on the private and public efforts to ease the impact of the ongoing transition on the Russia people.