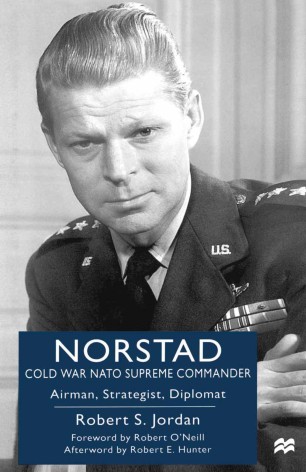 This book offers a biography of the most glamorous and powerful NATO Supreme Commander of the Cold War, General Lauris Norstad, as both a "nuclear" general and an "international" general. His primary goal was to keep the Alliance together as he accommodated British and French nuclear ambitions while forestalling the same in West Germany. He also was at the center of the political/military maneuverings over Berlin and the Soviet attempt to blackmail the West into recognizing East Germany, all of which culminated in the building of the infamous "Wall."

Robert S. Jordan is Research Professor of International Institutions at the University of New Orleans.