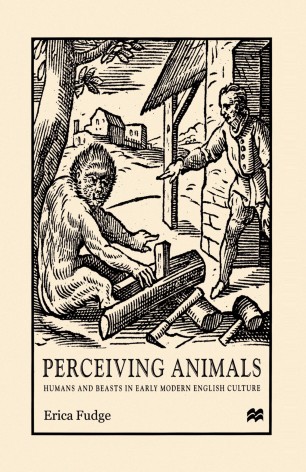 When we look at the human understanding of beasts in the past what we see are not only the foundations of our own perception of animals but humans contemplating their own status. Perceiving Animals argues that what is revealed in a wide range of writing from the early modern period is a recurring attempt to separate the human from the beast. Looking at the representation of the animal in law, religious writings, literary representation, science and political ideas, what emerges is a sense of the fragility of humanity, a sense of a species which always requires an external addition - property, civilisation, education, mastery of the natural world - to be fully human. Erica Fudge engages with both canonical and non-canonical texts from the period 1558-1649, and examines previously unchallenged aspects of the status of humanity: what does it mean to own an animal? How does civilisation take place, and what does this tell us about uncivilised man? What does the humanist emphasis on education mean for the uneducated? Does science ever offer humanity separation from the beast? Texts by writers including Edward Coke, Ben Jonson, Francis Bacon and Richard Overton are re-examined, and the status of humanity comes under question. Perceiving Animals argues that within early modern English culture there is an uncomfortable sense of humanity with a superiority which is not innate, but dangerously unnatural.