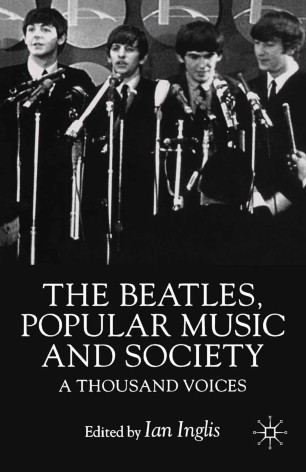 The Beatles, Popular Music and Society

More has been written about the Beatles than any other performing artists of the twentieth century. Accounts of their lives and times have been retold, reproduced and reinvented to the extent that their achievements have passed into contemporary folklore and popular mythology. What has been surprisingly absent, however, is any sustained critical investigation of the numerous debates and issues the group provoked. This book provides that long overdue analysis, by seeking to present the academic study of the Beatles in its appropriate contexts - historical, political, musical and sociological. Consisting entirely of newly commissioned articles and written by an international group of scholars, its contents challenge many of the traditional assumptions about the Beatles and offer fresh and provocative insights into the nature of their success and its continuing influence. It is essential reading for those wishing to understand not only the phenomenon of the Beatles but also the cultural environment within which popular music continues to be practised and studied.