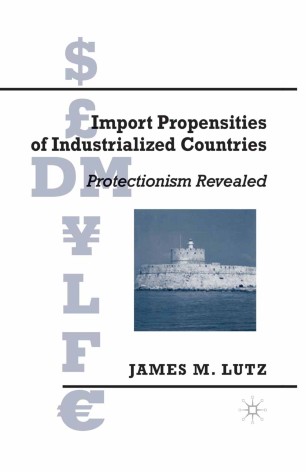 This volume analyzes the import patterns of selected countries to determine which nations are active importers and which ones import much less than expected. The majority of the work focuses on the industrialized countries, which are at the center of the international trading system, determining which are very active importers and which are not. Controls for wealth, size, and membership in customs areas are included. Countries importing at levels below predicted ones are the countries likely to be most effective at protecting domestic industries from foreign competition. For example, the results permit an evaluation of the arguments that Japan has consistently imported less than would be expected due to the presence of barriers protecting the domestic market.

James Michael Lutz is Professor of Political Science at Indiana University-Purdue University at Fort Wayne where he specializes in comparative politics and international political economy.