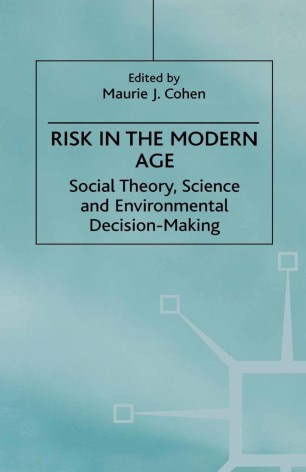 Risk in the Modern Age

Environmental decision-making in recent decades has become increasingly dependent on scientific expertise. Grounded in universal principles of knowledge, these expert evaluations often depart from the assessments of ordinary members of the public. Whether the issue is nuclear power, genetic testing, food safety, or biodiversity, conservation lay people are increasingly charging experts with being ignorant of local contextual considerations. Scientists, as well as many policy-makers, in turn contend that the public is hopelessly irrational in gauging environmental risks. A growing group of social theorists has begun to take a keen interest in these disputes because risk captures central themes of late modernity. Increasing individualization, emerging new social movements, and declining public trust in key institutions are notions that loom large in these debates. Highlighting both theoretical and empirical perspectives, this volume brings together a distinguished group of environmental sociologists who critique and extend current thinking on what it means to live in a 'risk society'.