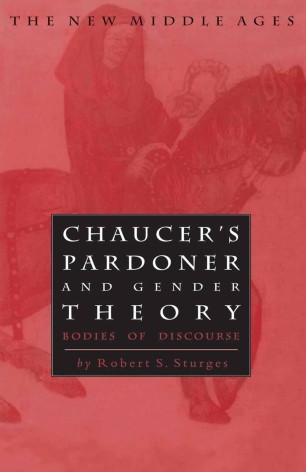 Chaucer s Pardoner and Gender Theory, the first book-length treatment of the character, examines the Pardoner in Chaucer s Canterbury Tales from the perspective of both medieval and twentieth-century theories of sex, gender, and erotic practice. Sturges argues for a discontinuous, fragmentary reading of this character and his tale that is genuinely both premodern and postmodern. Drawing on theorists ranging from St. Augustine and Alain de Lille to Judith Butler and Eve Kosofsky Sedgwick, Sturges approaches the Pardoner as a representative of the construction of historical - and sexual - identities in a variety of historically specific discourses, and argues that medieval understandings of gender remain sedimented in postmodern discourse.