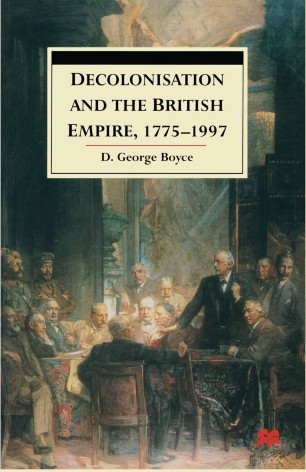 This book combines an analysis of the ideas and policies that governed the British experience of decolonization. It shows how the British, perhaps more correctly the English, political tradition, with its emphasis on experience over abstract theory, was integral to the way in which the empire was regarded as being transformed rather than lost. This was a significant aspect of the relatively painless British loss of empire. It places the process of decolonization in its wider context, tracing the twentieth-century domestic and international conditions that hastened decolonization, and, through a close analysis of not only the policy choices but also the language of British imperialism, it throws new light on the British way of managing both the expansion and contraction of empire.

D. GEORGE BOYCE is Professor of Political Theory at the University of Wales, Swansea.