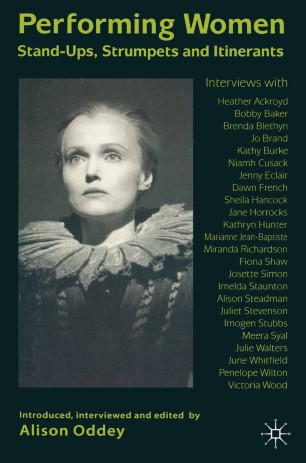 Alison Oddey's interviews with prominent performing women span generations, cultures, perspectives, practice and the best part of the twentieth century, telling various stories collectively. Stand-ups, 'classic' actresses, film and television personalities, experimental and 'alternative' practitioners discuss why they want to perform, what motivates them, and how their personal history has contributed to their desires to perform. Oddey's critical introductory and concluding chapters analyse both historical and cultural contexts and explore themes arising from interviews. These include sense of identity, acting as playing (recapturing and revisiting childhood), displacement of roots, performing, motherhood and 'being', performing comedy, differences between theatre, film and television performance, attitudes towards and relationships with audiences, and working with directors. The prominent subtext of motherhood reveals a consciousness of split subjectivities with and beyond performance.

ALISON ODDEY is a Professor of Theatre Studies at Loughborough University. She has published articles on devising, performance and teaching, including recent chapter contributions to The Routledge Reader in Gender and Performance, 1998, In the Beginning...the making of theatrical space,1998, and Representing Lives: Women and Autobiography. She has published Devising Theatre, and is currently researching and writing her third book, Different Directions; Women Directors in the Twentieth Century Theatre, with Nicola Shaughnessy. She has professional experience as an actor/deviser, and is External Examiner for the MA in Feminist Performance at Bristol University, the MA in Theatre Practice at Exeter University and the BA in Drama at the University of East Anglia.