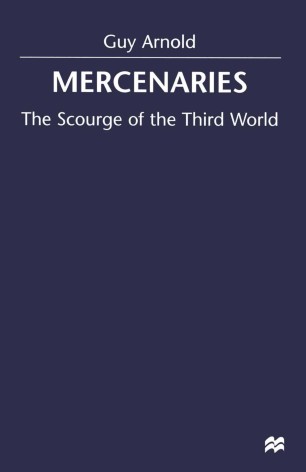 The Scourge of the Third World

Mercenaries have been employed as auxiliaries since early times, but in the post-1945 world they have operated, almost exclusively, in weak Third World countries. From Columbia to the Congo, Angola to Papua New Guinea, Cambodia to Nicaragua, they have appeared: training the drug cartel armies, assisting rebellions or civil wars, acting as the agents of the major powers. In the Congo crisis (1960-1965) they earned an especially unsavory reputation for greed, brutality and racism; it is a reputation that has stuck to the mercenary and on the whole justly. During the 1990s a new phenomenon has emerged in the form of the mercenary corporations such as Executive Outcomes or Sandline. These corporations offer a range of military expertise and weaponry, have the covert support of governments in the countries from which they come and are rapidly becoming a power to themselves, ultimately far more dangerous than the individual freebooters of the past.

Guy Arnold is a freelance writer who lives in England.