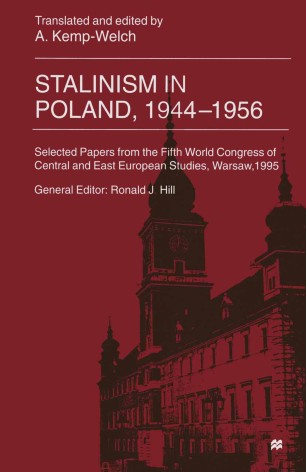 Between the Nazi occupation and the anti-communist revolution of 1956, Poland underwent twelve years of Stalinist rule. Using recently-opened archives, historians and social scientists from four countries give the first analysis of the rise and fall of this system. The book is organised in three parts: Construction (external and domestic), Conflicts (above all, communists against the Church and peasantry) and Collapse (during 1956). An Epilogue reviews the whole period in the light of contemporary political debates.