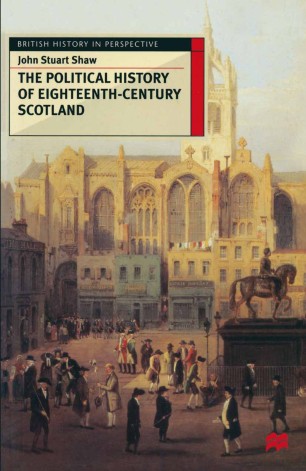 The Political History of Eighteenth-Century Scotland

This study looks afresh at the assumption that those in the Scottish parliament who voted for the union of 1707 sold their country. The world of Scottish politics after the union is then explored from the perspective of the people at the top of the ruling elite. It is the world of the squadrone, Argyll, Ilay, Bute and Dundas, where there was little civic virtue. Much is learned by looking at the century as a whole in describing their struggles, their motives and ideas, their place within the politics of Great Britain and the challenges to their complacency.

JOHN STUART SHAW is Head of the Corporate and Private Records Branch of the National Archives of Scotland.