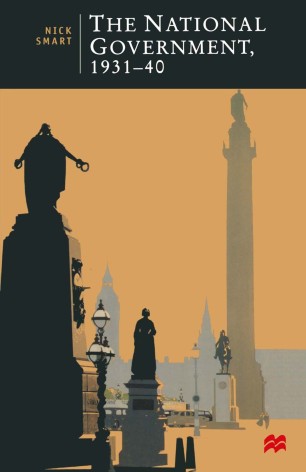 The National Government that ran Britain during the 1930s has always received a very bad press. Its ultimate disgrace over the Munich crisis and the catastrophic opening phase of the Second World War sealed the fate of an experiment which had always been criticized by both Left and right and which has since made any further peacetime attempts at coalition government utterly disreputable. While not claiming that it was a success, Dr. Smart argues, however, that the National Government has been woefully misunderstood by historians who have allowed themselves to be too influenced by its much despised collapse. The Government's longevity, popularity at the polls and, in many ways, successful planning for World War II should not be ignored.

NICK SMART is Senior Lecturer in History at the University of Plymouth.