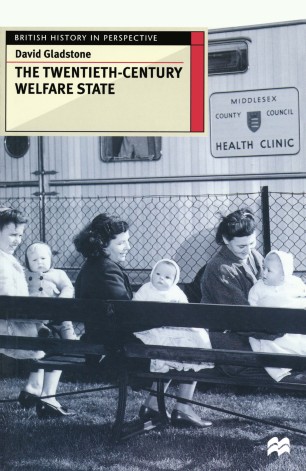 The welfare state has been one of the most significant developments in twentieth-century Britain. Drawing on much recent research, The Twentieth-Century Welfare State narrates its principal changes and provides a thematic historical introduction to issues of finance and funding, providers and users and the role of the welfare state as a system of social stratification. Change and continuity are central themes, while the 'moving frontier' between the state and other suppliers in the mixed economy of twentieth-century welfare is also analysed.