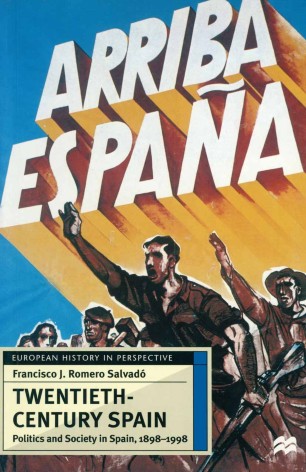 Today, Spain is a modern society with an important profile in the European Union. This image contrasts strikingly with the reality of Spain just one hundred years ago. After the loss of almost all her overseas empire in 1898, Spain faced the new century handicapped by her international isolation, backward economy and a stagnant and elitist political system.
Twentieth-Century Spain tells the gripping story of this country's long and often painful struggle towards modernity. During this period, Spain has seen two monarchies, one republic, two dictatorships and one of the bloodiest civil wars in Europe's recent history.