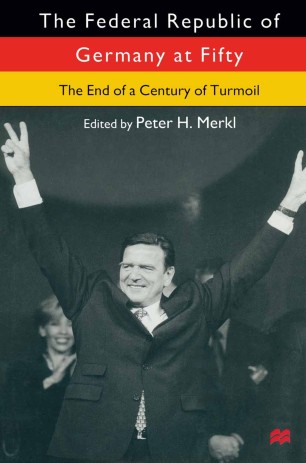 The Federal Republic of Germany at Fifty

The End of a Century of Turmoil

Fifty years after the formation of the Federal Republic and a decade after German unification, we stand on the cusp of a new century and a new millennium of German history. At the same time EMU marks a giant stride towards European integration and the end of the Deutschmark. In this book, leading international scholars reflect on the dramatic transformations of Germany's past and on Germany's future prospects. Post-war democratic and economic renewal is set in the context of continuing debates about German identity. There are assessments of all major leaders, parties and ideologies; of the still unfinished agenda of integrating East and West; of how the next generation of German leaders will interact with ageing governmental structures; of the Bundesbank and the successes and failures of economic policy, the trade unions and the media; and of Germany's emerging new role in Europe and the world.