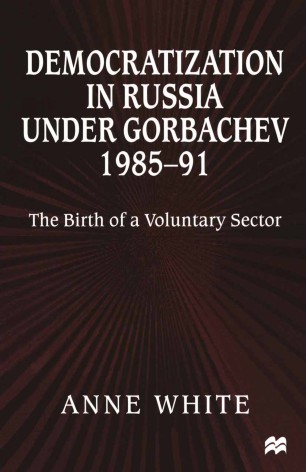 Democratization in Russia under Gorbachev, 1985–91

The Birth of a Voluntary Sector

Self-help organizations and charities were the most numerous, but least-studied of pressure groups to emerge during perestroika . This book examines the social exclusion experienced before 1985 by non-working citizens, studies the pre-1985 disabled people's movement and its numerous unofficial, but non-dissident organizations, discusses why the Gorbachev leadership adopted the non-Soviet concept of 'charity', analyses the failure of local authorities after 1985 to stave off pluralism and defeat the voluntary organizations, and assesses how successfully the latter built the foundations of a civil society.