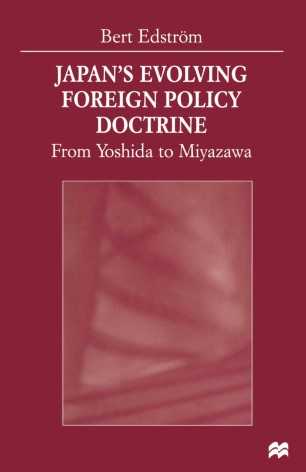 From Yoshida to Miyazawa

During half a century after the war Japan's economy was built up from scratch to the world's number two, while its foreign policy has been described by many as passive and even verging on being non-existent. As a contrast, this study evinces how the foundations of Japan's foreign policy were laid in the early postwar period, and how postwar policies have been characterized by pervasive continuity, guided by distinct national goals and expressed in clear-cut national role conceptions.

BERT EDSTRÖM is currently Senior Research Fellow at the Center for Pacific Asia Studies at Stockholm University. He is the author of Japan's Quest for a Role in the World (1988) and editor of Japan's Global Role: Implications for Sweden (1994), Japan's Foreign and Security Policies in Transition (1996) and The United Nations , Japan and Sweden: Achievements and Challenges (1998).