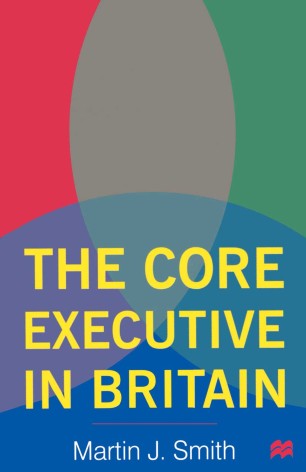 The Core Executive in Britain

The study of central government has been dominated by the recurring questions of Prime Ministerial versus Cabinet government and civil service versus ministerial power. Using the idea of 'power dependence' this book challenges these simplicities to provide a definitive assessment of - and introduction to - power and policy at the core of British political life. It undermines traditional approaches by demonstrating that power in the core executive is complex, and flows between actors and institutions. The Prime Minister can only exercise power with the support of the Cabinet, and ministers and officials are often partners rather than competitors.