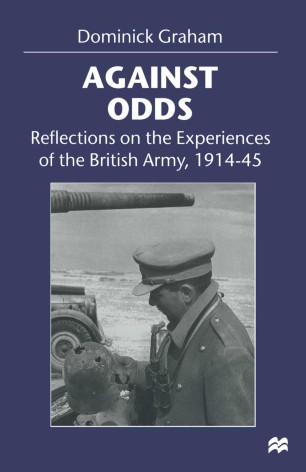 Reflections on the Experiences of the British Army, 1914–45

Professor Graham compares the performance of the British Army in the two world wars. He identifies as a source of failure in the First World War, Sir Douglas Haig's inability to adopt appropriate operations for his chosen strategy, or suitable tactics for the operations. Montgomery usually avoided that mistake in the Second World War. Graham draws upon his own experience of combat to help the reader make a connection between the orders given to corps and their effect on small units.

Dominick Graham is Emeritus Professor of History at the University of New Brunswick, Canada.