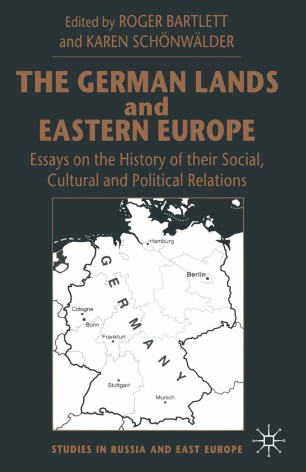 The German Lands and Eastern Europe

Essays on the History of their Social, Cultural and Political Relations

The relationship between Germans and their non-German counterparts in Central and East Europe has been a fundamental feature of European History. The twelve essays in this volume address key aspects of this complex and multifaceted relationship which has been marked by friendship and cooperation as well as enmity and strife. The topics range from medieval peasant settlement to present-day relations between Germans and Poles. Central themes are national identity, the emergence and development of mixed communities and inter-cultural communication.