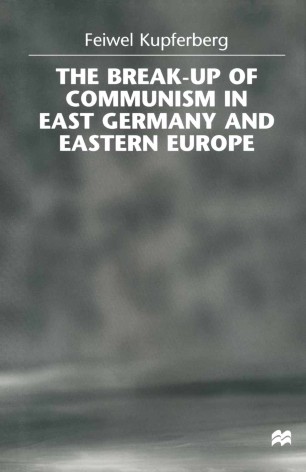 The Break-up of Communism in East Germany and Eastern Europe

This book presents a novel understanding of the break-up of communist hegemony in East Germany and Eastern Europe. Based on comparative case studies, it argues that identity politics is a particular invention of communist rule, producing a political citizen. Focusing upon identity politics helps us better to understand the longterm stability of communist hegemony, its sudden collapse, the difficulties of transforming communist societies to liberal democracies and the unexpected revival of ethnic, nationalist and cultural conflicts in post-communist Eastern Europe.