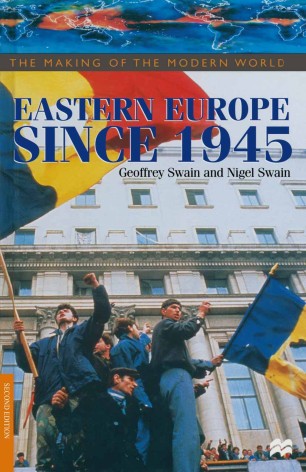 Substantially expanded and rewritten, this edition takes into account the momentous changes since the first edition was published in 1992. With several Central European states joining the European Union, the authors set the historical context in which, since the collapse of the Soviet Union, Eastern Europe is itself increasingly dividing into two blocs; those where democracy and pluralism appear firmly established, and those where they do not.

GEOFFREY SWAIN is Professor of History at the University of the West of England.

NIGEL SWAIN is Deputy Director of the Centre for Central and Eastern European Studies at the University of Liverpool.