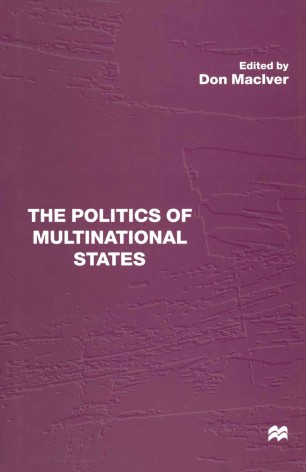 The Politics of Multinational States

The events of recent years have demonstrated beyond doubt not only that ethnic pluralism presents major problems for the management of political systems, but that it is also a major cause of their failure and disintegration. This timely and topical book discusses the general issue of ethnic pluralism and considers a range of types of multi-ethnic society within a common analytical framework. It then examines the responses of governments to the problems of ethnic diversity and assesses the effects of ethnic conflict on the development and viability of states.