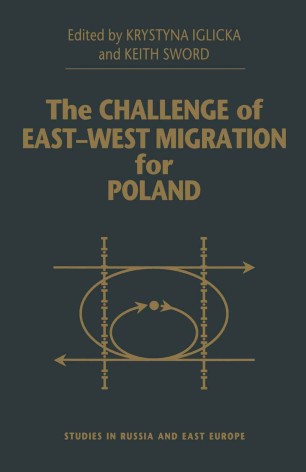 The Challenge of East-West Migration for Poland

One of the major features of the social landscape of the new states of Eastern Europe and the former USSR is migration, whether voluntary or coerced. The decline of communism in both East and Central Europe, as well as the fall of the Soviet empire has created new population and ethnic problems. The recent exodus has proved to be the largest migration wave reported in Europe in over 40 years. The problem of foreigners in Poland is a subject scarcely studied and insufficiently described. This volume has been compiled on the basis of papers prepared for a Social Sciences Seminar series at the School of Slavonic Studies, London, which was devoted to migratory movements in Poland since 1989. This volume thus contains the latest data and results of research (quantitative as well as qualitative) on the movement of foreigners into Poland. It is a groundbreaking work.