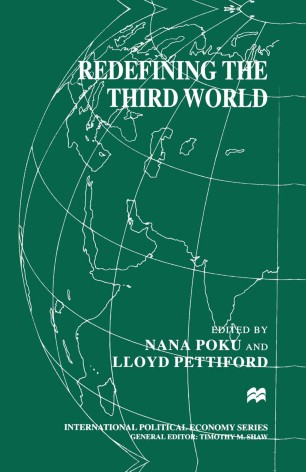 Given the end of the cold war, economic development of the Asia-Pacific region, the emergence of Neo-Liberal democratisation and the further marginalisation of Africa in the global political economy, this book provides a timely theoretical analysis of current trends in the third world/global politics.

“Rethinking the Third World is an interesting and timely read. It is successful in addressing a wide-ranging history of ideas and social changes in vast and often-disregarded areas in the international system –Latin America, the Middle East, and Africa. …Rethinking the Third World is a critical and fascinating starting point to stimulate such debates.” (Seyed Saeed Mousavi, Journal of global Analysis, Vol. 7 (2), November, 2017)
Buy options