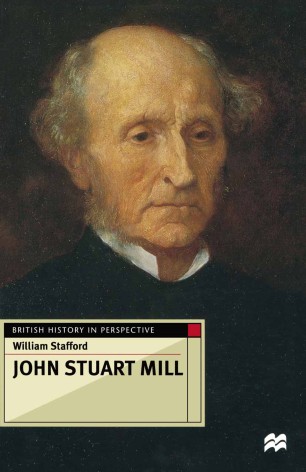 John Stuart Mill (1806-1873) was one of Britain's greatest philosophers and radical politicians, whose views had a profound influence on thinking on liberty, social policy and gender relations. William Stafford's accessible study outlines Mill's reputation from his lifetime to the present, together with a discussion of the major areas of his moral and political thought.

This book presents him as a consistent and engaged radical politician. In relation to Ireland and India, he argued that British rule could only be justified if it benefited its imperial subjects. While defending democracy, he thought subtly about its problems at a time when it was still an open question, an untried experiment. He advocated a non-paternalistic, non-welfarist form of socialism which combined community with self-reliance. He played a leading role in placing women's issues on the agenda - not only political and employment rights, but also male violence against and sexual exploitation of women, 'sexist' language and the oppressive construction of gender.

BILL STAFFORD is Professor in the Department of Humanities at the University of Huddersfield.