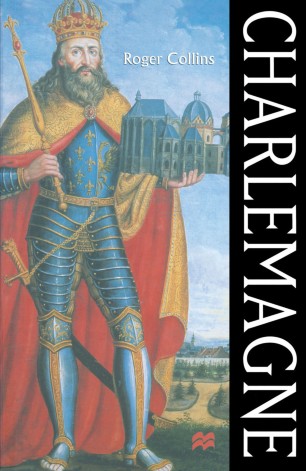 Charlemagne remains one of the most compelling figures in European history. In this lively, vivid portrait of an extraordinary monarch and his achievements, Roger Collins profiles the most powerful and significant ruler in Western Europe between the end of the Roman Empire and the Italian Renaissance. While his achievements were in some ways ephemeral (after all, his great Empire soon broke up), he can still clearly be seen as the figure who transformed the nature of Europe and ushered in a period which has an explicit and comprehensible connection with our own.
The reign of Charlemagne (768-814) saw the unification under his rule of many areas of France, Italy, Germany, Spain and central Europe as part of his attempt to create a single European-wide state. He revived the office of emperor in the West and his achievements inspired a succession of both military conquerors and would-be unifiers of Europe up to the present day, earning him the name, `Father of Europe'.

ROGER COLLINS is a Research Fellow at the Institute of Advanced Studies in the Humanities at the University of Edinburgh.