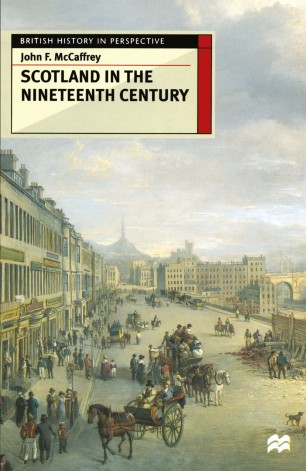 Scotland in the Nineteenth Century

Why, despite the unifying pressures of social and economic change within Britain, did Scotland remain a distinctive society in the nineteenth century? In this fresh new study, John McCaffrey assesses the importance of political and administrative responses as well as social and economic forces in shaping modern Scotland. Themes include the distinctiveness of that society's artisans, merchants, lairds, professional classes and new migrants in producing a distinctive national political tradition. Particular attention is paid to its efforts to retain a recognisable identity within the evolving United Kingdom.