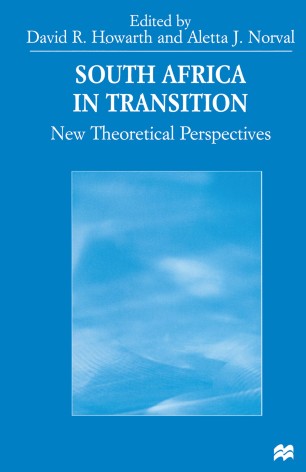 South Africa in Transition utilises new theoretical perspectives to describe and explain central dimensions of the democratic transition in South Africa during the late 1980s and early 1990s, covering changes in the politics of gender and education, the political discourses of the ANC, NP and the white right, constructions of identity in South Africa's black townships and rural areas, the role of political violence in the transition, and accounts of the democratization process itself.