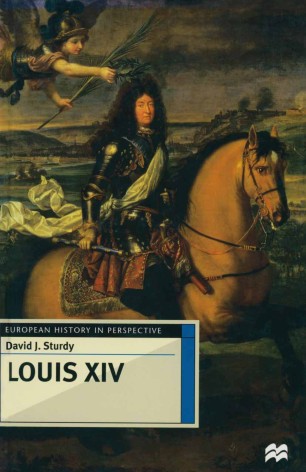 This book provides a concise study of the defining aspects of the reign of Louis XIV. The nature of French monarchy, methods of government, Louis's relationship to his subjects and to the churches, the organisation of cultural life, and France's relations with the rest of Europe are all considered. Dr. Sturdy relates Louis and his regime to the longer-term movements of French history and to some of the wider historical forces at work in seventeenth-century Europe. He raises past and present historiographical controversies surrounding Louis XIV and indicates some of the major problems in interpretation which still confront historians.

DAVID STURDY is Senior Lecturer in History at the University of Ulster.