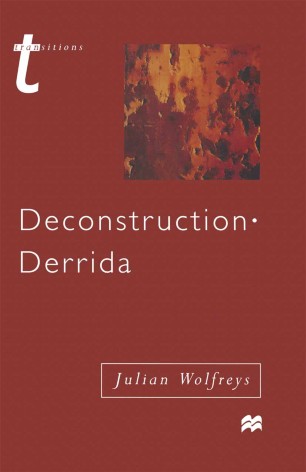 Deconstruction*Derrida contests the notion that what Jacques Derrida does can be turned into a theory for literary interpretation. It also questions the idea that there is a critical methodology called deconstruction which can be applied to literary texts in a programmatic fashion. In this introductory study to the work of Jacques Derrida, Julian Wolfreys introduces the reader to a range of Derrida's interests and concerns, while offering readings, informed by Derrida's thought, of canonical and less well-known literary works.