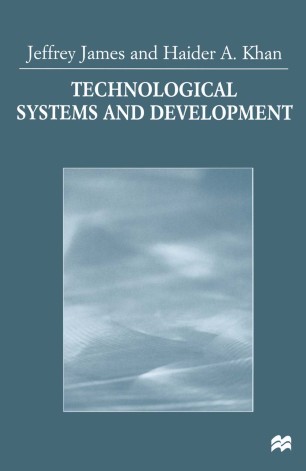 This book explores the notion of a technological system and more specifically the distinction between modern and traditional technological systems. Using highly disaggregated data for a range of sectors and developing countries we have applied this distinction to micro - as well as macro-economic policy issues. By identifying distinct systems of technology in a multisectoral model of the economy we have been able to quantify certain aspects of those systems within a rigorous conceptual framework. The relationship between income distribution, the choice of technology and its subsequent impact is examined in detail.

JEFFREY JAMES is Professor of Development Economics and Director of the Center Graduate Schools in Economics and Management at Tilburg University in The Netherlands. He was previously Assistant Professor of Economics at Boston University, USA; Staff Member in the Technology and Employment Branch, ILO, Geneva; and Research Fellow at Queen Elizabeth House, Oxford. His many books in this area include Economics of New Technology in Developing Countries (with F. Stewart), Technology, Institutions and Government Policies (with S. Watanabe), The State, Technology and Industrialization in Africa and The Transition to Egalitarian Development (with K. Griffin).

HAIDER A. KHAN is Associate Professor in the Graduate School of International Studies at the University of Denver, Colorado, USA.