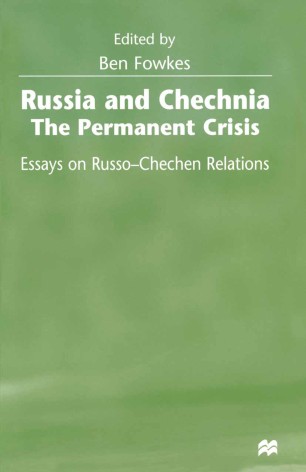 Russia and Chechnia: The Permanent Crisis

This collection of essays explores the relationship between the Chechens and their Russian conquerors, tracing the growth of mistrust and hostility, the rise of Chechen national feeling, and the culmination of this process in the war of 1994-1996. Each contributor seeks to illuminate the development of this relationship from a different angle: the changing image of the independence fighters of the nineteenth century, the tragic story of the deportation of 1944, and the background of the recent conflict.