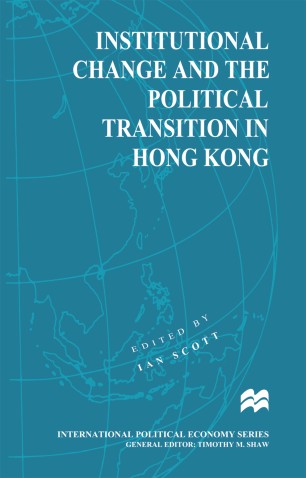 Institutional Change and the Political Transition in Hong Kong

Scott focuses on Hong Kong's political, bureaucratic and legal institutions. The first section is concerned with public opinion on institutional provisions, voting systems and political parties. The second deals with current problems facing the executive, legislature, bureaucracy and legal system. The third part considers the effects of Chinese rule on the social and economic context in which Hong Kong's institutions will, or will not, function. Scott concludes with a discussion of possible scenarios of institutional development.

Ian Scott is Professor of Politics and Government at Murdoch University in Perth, Australia.