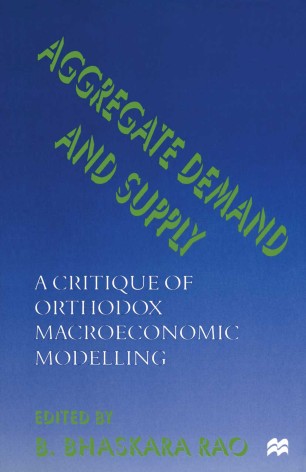 A Critique of Orthodox Macroeconomic Modelling

'I wish Professor Rao and his collaborators every success in ensuring that future generations of students do not have to put up with logically incoherent foundations to their understanding of modern economic systems' - G.C. Harcourt, Jesus College, Cambridge There is now an increasing realisation that the popular textbook macroeconomic model of aggregate demand and supply is logically incorrect. While there is a broad agreement among the critiques on these logical flaws there has been no such agreement on how the basic textbook macromodel should be modified. The essays in this volume contain very promising alternative models which will significantly influence the way macroeconomics will be taught in the future.