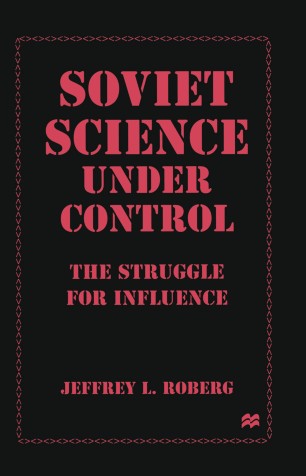 The Struggle for Influence

Roberg examines the relationship between the political leadership of the Soviet Union and Soviet science. Previously, this relationship was typically characterized as one of Communist Party dominance over the sciences. He argues that the relationship between scientists and the leadership is better viewed as bi-directional. The author concludes that scientists had an influence on policy-makers in the areas of nuclear policy and human rights although not to the same degree as the Party had on science and scientists.