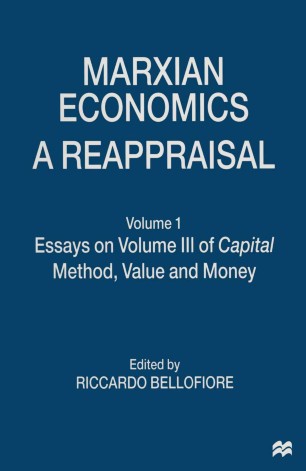 Essays on Volume III of Capital

Springing from a conference held in Bergamo University on the occasion of the centenary of the publication by Engels of the third book of Capital, the papers collected in these two volumes reinstate Marx's as the first genuinely evolutionary economic theory. In this, the capitalist process incessantly brings about states which will by themselves generate the next ones. Thus as Schumpeter remarked, Marx was the first to 'visualise what even at the present time is still the economic theory of the future for which we are slowly and laboriously accumulating stone and mortar, statistical facts and functional equations'.

RICCARDO BELLOFIORE, the editor, is Professor in the Department of Economics at the University of Bergamo in Italy. His main research interests are monetary theory, value theory and the history of economic analysis.