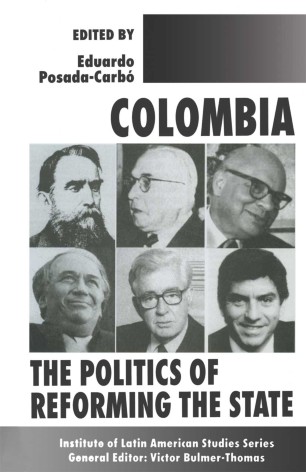 The Politics of Reforming the State

This book examines the process of political and social reform that Colombia has experienced in the past decade. As the relationship between the state, the economy and the society are redefined in Latin America, Colombia has also undergone substantial transformations. This story offers a Colombian dimension to the increasing interest in processes of state reform elsewhere. The approach is interdisciplinary and will be of interest to political scientists, economists, sociologists, geographers and historians.