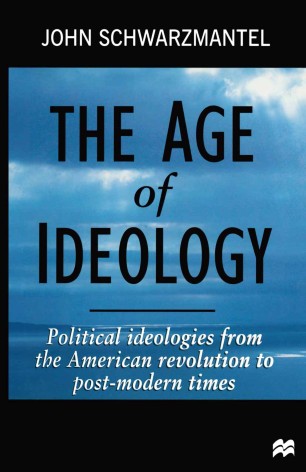 The Age of Ideology

Political Ideologies from the American Revolution to Postmodern Times

The ideologies of Liberalism, Socialism and Conservatism have dominated political argument since the American and French revolutions. The Age of Ideology traces their emergence, their relationship to Modernity and the Enlightenment, and their current crisis in the face of the collapse of Communism, rapid technological change, the new rise of nationalism and fundamentalism, and the philosophical challenge of postmodernism. John Schwarzmantel defends the continued relevance of the left-right spectrum and the necessity of political ideology for democratic government and the idea of the good society.