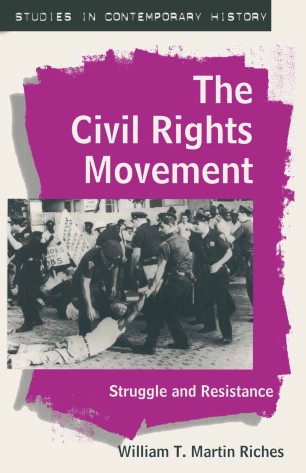 Part of the Studies in Contemporary History book series (SCH)

How did a relatively powerless minority bring down the whole system of racial segregation in America within a single generation? The civil rights movement led to the dismantlement of institutionalised racism and transformed American society. William Riches chronicles the growth of the mass movement from its origins in less well documented battles for civil liberties, through to its eventual success with the destruction of a de jure segregated society.