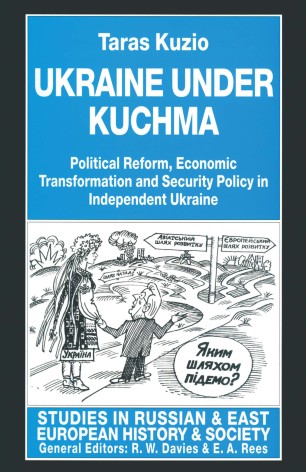 Ukraine under Kuchma is the first survey of recent developments in post-soviet Ukraine. The book covers in an in-depth manner the entire range of key developments since the 1994 parliamentary and presidential elections, the first elections held in post-soviet Ukraine. The new era ushered in by these elections led to Ukraine's launch of radical economic and political reforms which aim to domestically dismantle soviet power within Ukraine, stabilise relations with the separatist Crimean region and normalise relations with Russia and the West.