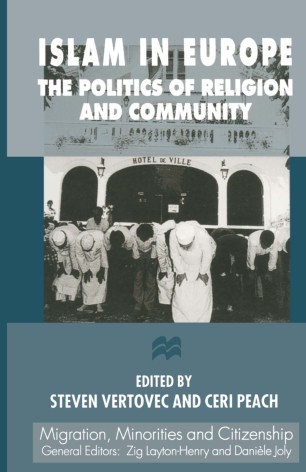 The Politics of Religion and Community

The twelve million Muslims living in western and eastern (non-CIS) Europe are confronted with the combined, localised effects of xenophobia, nationalism, an historical stigma attached to Islam and a contemporary fear of the 'global Islamic threat'. In resistance, a variety of Muslim groups throughout Europe have developed a 'politics of religion and community' calling for equal treatment of Muslim minorities in the public sphere. This volume provides insights into these groups and activities, their histories, ideologies, organizations and modes of representation.