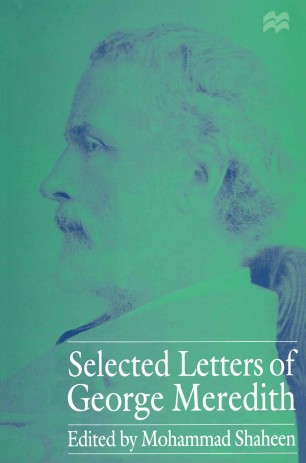 In this volume of selected letters of the novelist and poet George Meredith (1828-1909), the editor has included letters with such figures as Virginia Woolf (Stephen at the time), Paul Valery, Thomas Carlyle, Madame Daudet, Edmund Gosse, Alfred Tennyson, James Thomson and many others. The letters, most of them previously unpublished, reveal the myriad world of Meredith's life and thought. The selection includes the two earliest letters extant written by Meredith just after he had left Neuwied, his school in Germany. It also includes Meredith's first letter to Chapman & Hall concerning his project for the publication of his first volume of verse, and another Meredith wrote to the same publisher in connection with a cookery book which his first wife, Mary Ellen Peacock, was preparing for publication.