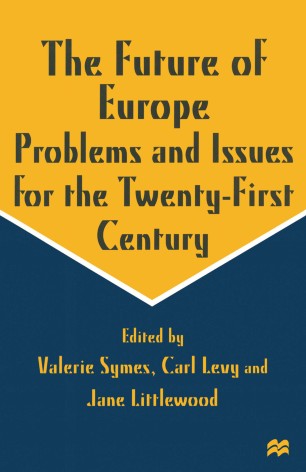 The Future of Europe

Problems and Issues for the Twenty-First Century

This book examines the political, economic and social issues that are at the heart of the debate on the future of the European Union. Various experts address the questions of the role of the European Parliament and democratic control; the reform of the public sector; citizenship; crime and criminal justice; common foreign and security policy; East-West trade; the communications revolution; regional inequalities; unemployment; demographic change and health policy. Recommendations are made for the consideration of the current IGC.