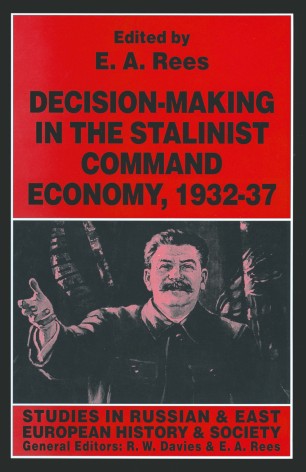 Decision-making in the Stalinist Command Economy, 1932–37

A detailed examination of economic policy-making in the USSR during the period of the Second Five-Year Plan (1933-1937). The work examines the process by which the plan was formulated and implemented, through a series of detailed case-studies, based on archival material, examining the role of the Politburo, the Soviet government, Gosplan and the main economic commissariats. It examines the relationship between the conflicts within the economic commissariats and the unleashing of the Great Purges 1936-38. The work aims towards a new conceptualisation of the Stalinist state.